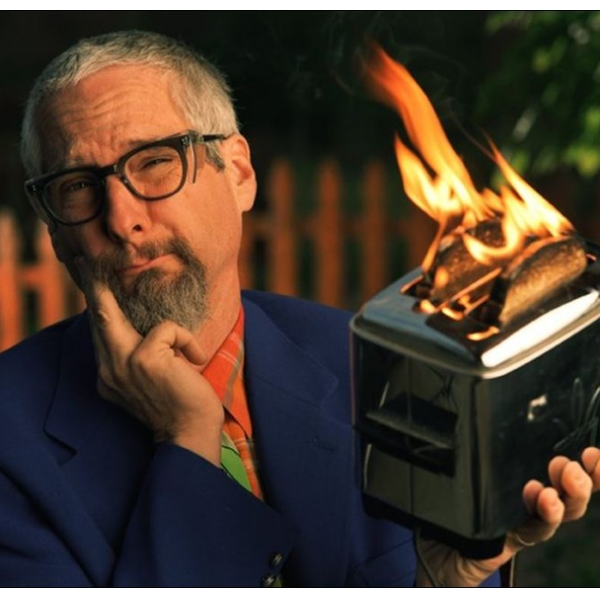 Heywood Banks is simply one-of-a-kind, almost impossible to describe, with a style his very own. Equal parts genius and buffoon, this songwriter-comic-singer-poet-musician has become a cult hero and a pop icon, with a show that appeals to college students, stoners, businessmen, yuppies, rednecks, punks, kids or your grandmother. Heywood intersperses his humorous observations of life with twisted, inventive, bizarre songs, sung and played in a variety of styles, from folk, to country to rock to pop, and way beyond. You have to be pretty smart to get Heywood at his deepest level (he demands a high level of pop culture literacy), but you can also enjoy him just for his vocal style impersonations, expert musicianship and just plain silliness. But why trust our opinions? Heywood has been featured in "Rolling Stone Magazine" and "People Magazine." He won First Place in the Johnnie Walker Comedy Search Contest. Heywood Banks has appeared on A&E's "Evening at the Improv," MTV's "1/2 Hour Comedy Hour," CNN's "Hollywood Minute," "Caroline's Comedy Hour," "Entertainment Tonight," "Showtime Comedy Club Network," "Dr. Demento Show," "12th Annual HBO Young Comedians Special with Paul Rodriguez" and is a frequent guest on the national Bob and Tom radio show. Stuart Mitchell, the creator of Heywood Banks, tells us that his character was born on a mountaintop in Tennessee and lived for many many years in a log trailer. Heywood's biological parents, Hank and Heyena Banks were killed in a freak revolving restaurant accident back in the sixties - someone had hit the Puree Button by mistake...grisly! Eventually raised by mathematical parents, Heywood was working in a Kroger bagging groceries when he was hit in the head with a can of lunchmeat, giving him spamnesia. This caused him problems for years as he became afraid of the dark, but couldn't sleep with the light on. "Did that ever happen to you???"